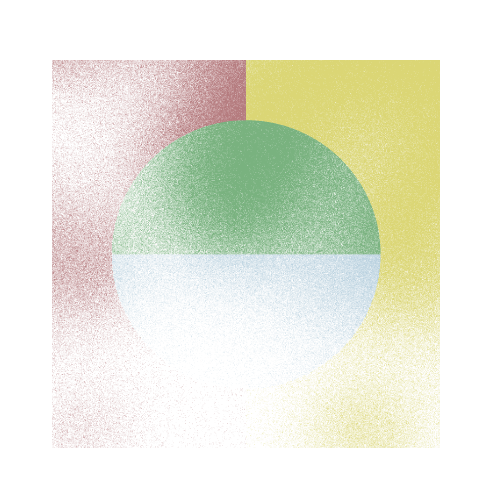 Olivia Laing
Derek Jarman, Circular Time & Seed Catalogues
ABOUT THE AUTHOR
Olivia Laing is the author of three acclaimed works of non-fiction, To the River (2011), The Trip to Echo Spring (2013) and The Lonely City (2016), which has been translated into seventeen languages and sold over 100,000 copies worldwide. Her first novel, Crudo, was a Sunday Times top ten bestseller and won the 2019 James Tait Memorial Prize. She’s a Fellow of the Royal Society of Literature and in 2018 was awarded a Windham-Campbell Prize for Non-fiction.

Laing writes on art and culture for many publications, including the Guardian, New York Times and frieze. Her collected writing on art, Funny Weather: Art in an Emergency, was published in 2020. She lives in Suffolk.

One afternoon last winter, I was in my garden, trimming dead leaves from the hellebores. The sky was very blue and, as I looked up, a little plane flew overhead and drew a smiling face. The smile lingered after the other features had dissolved, a Cheshire cat grin, spreading south. Is gardening an art form? If it is, it’s the kind of art I like, bedded in the material, nearly domestic, subject to happenstance and weather. Most of the winter was very bleak. The smile was an aberration. The days were short and grey and riddled with bad news. I developed a habit of spending Sundays with seed catalogues and lists of old roses, plotting floral fireworks that wouldn’t go off for months.

Derek Jarman, The Angelic Conversation, 1985. Photography courtesy and © James Mackay 1985; with special thanks to BFI

Such consolations are nothing new. In her diary of 1939, Virginia Woolf records hearing Hitler on the radio. Her husband, Leonard, was in the garden he’d painstakingly constructed at Monk’s House, their damp green cottage in Rodmell, East Sussex. ‘I shan’t come in,’ he shouted. ‘I’m planting iris, and they will be flowering long after he is dead.’ It was true. Gardening situates you in a different kind of time, the antithesis of the agitating present of social media. Time becomes circular, not chronological; minutes stretch into hours; some actions don’t bear fruit for decades. The gardener is not immune to attrition and loss but is daily confronted by the ongoing good news of fecundity. A peony returns, alien pink shoots thrusting from bare soil. The fennel self-seeds; thereis an abundance of cosmos outof nowhere. No one wrote better about this paradisiacal aspect of gardening than the plantsman, filmmaker, writer and painter Derek Jarman, who died in 1994. ‘The last alchemist’, his partner, Keith Collins, called him, magicking an oasis on the desolate beach of Dungeness in Kent. He made his famous garden shortly after being diagnosed HIV positive, tending an abundance of life in the face of death. In between seed catalogues, I spent the beginning of the year writing a new introduction to Jarman’s magical, harrowing diary, Modern Nature, first published in 1991. When I finished, I decided to make a pilgrimage to his grave. I didn’t want to Google where it was. I wanted to navigate by my memory of reading his biography. Was it Lydd? No. Surely, New Romney? I walked gingerly across the damp churchyard grass of All Saints and St Nicholas, scouting under yews. Graves look new for far longer than you might expect. It takes more than a century before the greenery-yallery encrustations of lichen become established.

In the end, I succumbed to the iPhone. St Clement Churchyard, Old Romney. I drove through a liquid landscape, which was smudging and pooling at the edges like ink on wet paper. The church was very old. There was Jarman’s grave, just his signature carved into stone. I should have brought flowers, taking my cue from the narrator of his last film Blue (1993): ‘I place a delphinium, blue, upon your grave.’ Hyacinths, or maybe mimosa, his grandmother’s favourite, banishing the dregs of winter with its puffs of cheering yellow.

Before I left, I ducked into the church. It was beautifully unrestored, a hodgepodge of medieval stone carving and Georgian decoration. The tiled floor was wildly uneven, marking the long passage of feet. The ragstone walls were lumpy. But the best things were the box pews, which had been painted a deliciously unlikely ointment-pink. Here’s another kind of art I like: the anonymous, the cobbled together, the hand-me-down, the postscript; collaborations between strangers that marry jubilantly, that don’t quite fit. It turned out the pews weren’t a rare example of Florentine style in the Kentish marshes. They’d been painted by Disney for the filming of Dr Syn in 1963. The parishioners liked them so much they decided to keep them, a campy flash of paradise. It was exactly this kind of random occurrence that Jarman seized on in his films. He directed just like he gardened, making hay with the spontaneous and unplanned. Is art resistance? Can you plant a garden to stop a war? It depends how you think about time. It depends what you think a seed does, if it’s tossed into fertile soil. But it seems to me that, whatever else you do, it’s never not worth tending to paradise, however you define it and wherever it arises.

Alex Warren
The Framing Of A Now-Moment
Our technology-driven contemporary existence is driven by a demand for increased productivity, future expansion and growth, but Alex Warren asks us how we reframe our perspective to engage with the instant in which we exist.
READ MORE
‍
→
Jonathan Thompson
The Rise and Fall (and Rise?) of Cathedral Thinking
What would happen if we decided to invest in projects that we might never live to see come to fruition? Created for future generations, cathedrals are a great example of long term thinking. Jonathan E Thompson’s TED talk explores the analogy and offers us hope for the future.
READ MORE
‍
→