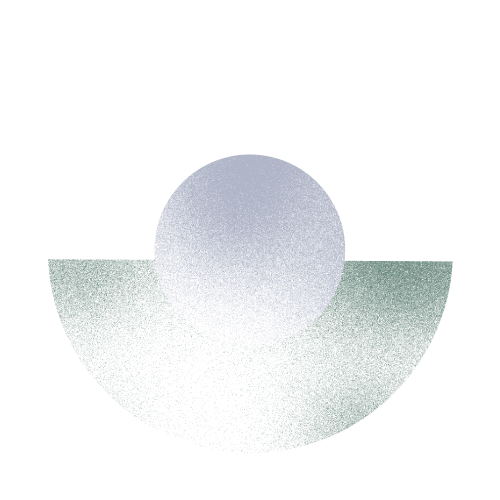 Chris Smaje
Taking Time On The Farm
ABOUT THE AUTHOR
Chris Smaje co-works a small farm in northeast Somerset. Previously, he was a university-based social scientist.

He is the author of A Small Farm Future: Making the Case for a Society Built Around Local Economies, Self-Provisioning, Agricultural Diversity and a Shared Earth (Chelsea Green, 2020). He blogs at smallfarmfuture.org.uk

In the last few weeks of the winter this year I set traps for grey squirrels around vulnerable trees on my farm, shot and skinned the ones I caught and put them in the freezer. I toted the disease-stricken ash trees that I felled earlier in the cold season out onto the rides and replanted with hazel and sweet chestnut seedlings, girdling them with tree-guards to protect them from deer and mulching them with straw to keep the spring grass from killing them. I grafted new scion wood on old apple rootstocks, hoping that the rising sap will strike true. I laid a new fence to keep pigs from ground growing crops that I hope in time will feed them, and I replumbed the pipes in an outhouse with extra lagging that I hope this time will stop them freezing.

I also felt my age this winter, and my thoughts turned to generational succession. What legacy should I leave from this farm for my now adult children to help them steer a course through the rapidly changing world they’re inheriting? And for the other young people who are living and working here?

If nobody were attending to the farm in ways like the ones I described it wouldn’t look the same, of course. I and the other people living here are what ecologists call keystone species. But despite the heavy modern energies we’re mobilizing in our favour, I don’t feel like I’m the hero in the farm’s story. I’m more like an honest protagonist in an unfolding set of dramas involving other agencies – squirrels and grass, deer and fungi, pigs and probate lawyers.

These are dramas that play out over different timescales. There are my daily cat-and-mouse antics with the squirrels, the cyclic time of the farm year with its sowings, mowings, spreadings and harvests, its calendar markings – solstice and equinox, Christmas and Easter, Beltane and Imbolc. And then longer farm histories – the birth and death of its livestock, the growth and sometimes the felling of its trees, the raising of buildings and the raising of children. In all this I feel both passenger and protagonist, baton-bearer and author, jailer and captive.

The great historian Fernand Braudel wrote a history of the Mediterranean region where the natural ecology of the Mediterranean itself, of which humans formed a part, was the agent of the story, where real change happens slowly, over centuries or millennia, rather than in the busy surface fizz of human events and intrigues. Historians of Britain influenced by him have likewise shown continuities of the longue durée in such things as field systems and household structures resilient to momentous changes: from the Neolithic to the Iron Age, from Romans to Saxons to Normans and beyond.

Much of this has disappeared in the short but decisive eyeblink of the last two centuries. But it’s left a tracery in old names and boundaries, in the straight lines of old trees through the middle of fields, the ghosts of hedges that still bear witness to a closer and more peopled countryside, in aerial photographs showing the outlines of vanished settlements greening the crops, even in social ideas that bear the traces of older usage. I like these ways that long forgotten people are still speaking to us. It gives a social depth to the landscape, a kind of human compost, albeit sometimes in unwitting and unhuman languages of soil cover or plant growth, that speak of individual labour, family connections and social conventions played out locally in the long term.

But the time consciousness of the present is different, both squeezed and stretched relative to this longue durée of the landscape. It’s squeezed because in the disenchanted worldview of modern times the human lifespan is no longer just one part of a lengthier journey of the soul. It’s all we get. And it’s stretched because scientific enquiry has shown that the lifespan of the Earth isn’t a matter of several thousand years but of several billion, while the heavens spread out into an immensity of space-time. Throw in the arrival in this modern moment of cheap energy and cheap money that allows us a temporary pass out of normal membership in the ecological community, and time is curtailed. It starts bending around the individual human life, shorn of all long-term local context.

“How much profit did my investments make this year?”

“How will I truly make my mark upon the world?”

“How can I cram my short years on Earth with every experience and pleasure?”

“Each human life is insignificant. We are all worms, and I’m not even a glow worm. But together we’re building something greater than our individual selves. Look at the progress of humanity!”

This curious mix of bullish hustle, introspection and alienation no doubt has its upsides, but it has its morbid symptoms too. They’re measured not only in individual experiences – loneliness, redundancy, futility, poverty – but systematically in the disturbed rhythms of the entire planet, its climate, its living things. There’s no irony in the fact that short-term concerns with disarticulated individualities are destined not to last long-term in the face of these planetary perturbations.

So one way or another it seems likely that time will unbend itself from the gravity of modern individuality and more of us will start writing ourselves in the landscape again, not with the portent of an Ozymandias but in the namelessness of our field systems, hedges and farmsteads.

I’ve written elsewhere on how this might play out. Here, I’ll simply touch on two states of being intrinsic to this future, captured in two conjoined words – matrimony and patrimony.

Matrimony refers to the state of being married, patrimony to inheritance from the previous generation, specifically of property or farmland. The obvious sexism in the etymology needs transcending, but the underlying ideas do not. People need to be ‘married’ in the most general sense. Conjoined but separate, matrimony means the state of sharing long-term in the lives of other people, of other plants and animals – wild and domestic – married ultimately to a living and nourishing landscape that contains all these relationships. People also need to pass on this landscape to successors equipped with the knowledge, skills and material things they need for it to continue flourishing. So, a state of being in the present, and a state of gifting through time. This is what every generation in every place needs to invent or reinvent. The invention is never perfect, but I fear that recent generations including my own have done a particularly bad job, with a patrimony of climate crisis, energy squeeze, soil loss and socioeconomic meltdown.

I think the result is going to be a lot of short-term disturbance, a lot of people on the move looking for a place where matrimony and patrimony are possible, rather than their antithesis – war. In these circumstances, time shortens further still – a bed for tonight, the next meal, the next border crossing. But to avoid being engulfed in endless war we’re going to need to work out, collectively, how to transcend that and live in the medial time of the farmed landscape, where the fields, hedges and farmhouses are handed on from generation to generation. Patrimony will need to be spread widely and without favour to whoever is in place. Matrimony to people and to place, to their potential and to their limitations, will need to be learned anew. The challenge is to create with grace a new Braudelian longue durée, where life starts and ends in local soils and waters, from the hustle of climate change, mass human movement and the political turmoil to come.

Ishan Singhal
Temporal Scaffolding of Consciousness
Ishan Singhal is a PhD student working in the field of consciousness is exploring whether time may be a useful fundamental property in unifying and furthering our understanding of human experience.
READ MORE
‍
→
Edi Whitehead
We Don’t All Have The Same Hours In A Day
It’s easy to assume that the social construct of time is universal, yet our perception of it changes according to who we are. Edi Whitehead digs below the surface to ask questions about the inequality of time and whether there are ways in which we can centre the disparity in order to align our expectations of one another.
READ MORE
‍
→