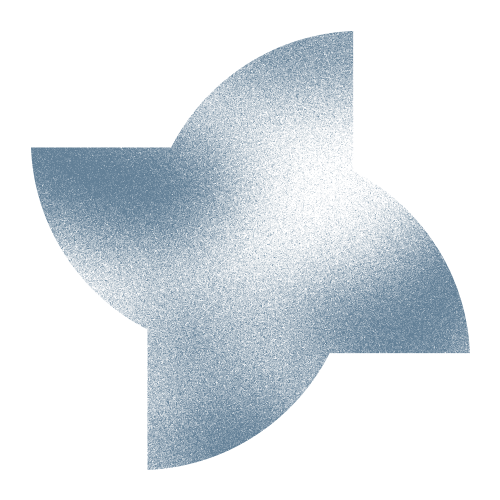 Ishan Singhal
Temporal Scaffolding of Consciousness
ABOUT THE AUTHOR
Ishan Singhal is a PhD student working in the field of consciousness is exploring whether time may be a useful fundamental property in unifying and furthering our understanding of human experience.

A recent shift in the scientific study of consciousness has been to look for its most basic and universal properties. A property that can be proposed to be present in every single instance of a conscious moment. More formally, this is called the ‘minimal unifying modelling’ approach (MUM). Instead of trying to create a framework or theory that explains everything about consciousness, the idea here is to instead look for a fundamental common denominator between any and all conscious experiences. And to use this is a starting point to build an understanding of consciousness.

My belief, in part, is motivated by two special properties of temporal experience that have been identified repeatedly over the last three millennia. One of these special properties is how we experience the present moment. We seem to perceive our “now” moments to have some temporal extent. There is a way in which the present moment is special from a moment that has passed or has yet to come. However, paradoxically, we seem to have elements of a just-past event and an ‘about to occur’ future within our “now”. Think of how rhythm carries over when listening to a song, though at any given moment there is only one note being played, the preceding notes are somehow still retained within this temporally extended now. Something similar applies to upcoming events, say anticipating a drop or a climax in a beat as a piece of music builds up.

Another reason that temporality is a special property of consciousness is that it is the sole property that is common between what we experience and the mechanisms that realize this experience. To illustrate this, consider seeing the colour red or feeling bored. To experience red, the mechanisms that realize colour experience are themselves not coloured, same in the case of boredom. For time on the other hand, you could argue, that not only does our experience have temporal properties (change, duration, extent, persistence etc.), but the mechanisms that underlie these experiences are also themselves temporal (oscillatory neural rhythms, coinciding neural events, synchrony and so on). While this may seem like a trivial detail, this temporal isomorphism between the contents of our experience and the law-like structure that realizes experience, if true, could allow us to use time as a scaffolding to bring together an enormous literature of diverse effects in cognitive psychology and neuroscience.

Time is very broadly studied in two ways in psychology. There is a research area that looks at timing of psychological processes. For instance, how long does it take to stabilize a visual percept after something is presented on the screen? How fast can we switch the focus of our attention between two objects? When do changes in a scene become apparent? At what speed can we comprehend speech optimally? How does our perceptual system anticipate and actuate bodily movements in real time, given lags of stimulus processing? And so on. A parallel enquiry looks at time perception. This includes asking questions about how we estimate and perceive change, durations, order of events, trajectories of moving objects and so on.

In some rudimentary sense then, we have timing of psychological processes on one side and how we perceive time on the other. That is how mental processes take place over time, and how we perceive things in time. Thus, one way to bring these together is by drawing out the commonality between them; temporality. Once we start seeing mental processes and temporal experiences as evolving over a common temporal scaffolding, we come to see the regularities within this structure. The time it takes for us to perceive objects, the time for which our perception of these objects seems to last, how we recall and infer things about this object and so on are processes that reliably fall within a temporal regularity. That is, they consistently fall within a range of durations (usually 10s of milliseconds to a couple of seconds). Similarly, distortions of perceived time because of being in emotionally charged states, during moments of fear or accidents, exceptional experiences like under the influence of psychedelic drugs also differ in what timescales they occur over. One of the things we can do is to parse out these effects then based on two criteria; when they occur and whether they are about timing or time perception.

The magic of having a framework that combines timing of experience and temporal experience itself, is that one can make predictions solely using time across sub-fields of cognitive psychology. Using the same framework one can make predictions about the questions we discussed earlier, that is, we can predict how long it takes for our perceptual systems to stabilize a new image and what is the optimal speed at which we comprehend speech from the same framework. Similarly, what kind of mental experience would distort temporal experience and when. Just by drawing a common temporal structure, we can integrate findings from disparate and seemingly encapsulated subfields in cognitive psychology that study attention, perception, action, emotion, language and so on under one common umbrella of time consciousness.

A final point I want to make in this article is about the nature of temporality itself in our experience. For more than 3,000 years we’ve been asking how our perceptual systems represent changing content. Do we see in discrete steps like frames of a movie or continuously without gaps or jitters? A contribution our putative ‘temporal scaffolding’ can make to this debate is that a scene may appear to update in discrete steps at a temporal scale, which appears discrete to us because of another mental process updating continuously at some other time scale. To give an example, let us consider the stopped clock illusion. Herein, when a person moves her eyes to look at an analog clock, the time from the first instance where she sees the clock to seeing the second-hand of the clock moving seems delayed. Put another way, when you first move your eyes to a clock, you don’t see the second-hand moving for what seems like longer than a second, and you feel like the clock has stopped. Hence, called the stopped-clock illusion. This is one example which is cited to claim that how we see the world changes in discrete frame-like steps, since we can’t immediately perceive the clock hand moving as if there was a lag in a new frame appearing (something like buffering of a video). However, a framework derived from multiple timescales of temporality would argue that the fact that we are aware of the lag of the illusory stopped clock means that even though one aspect of the visual scene is changing with a lag, it is doing so inside another timescale which is representing content continuously. Think of it this way, if our mental life was updating only at one timescale and in discrete steps a lag would appear to us as such Scene A – timefreeze/lag – Scene B. If you froze me in time, I would not know time has passed once you unfreeze me. However, since we do experience the lag that means these three events Scene A – lag – Scene B would fall under another temporal whole which was updating continuously. Thus, while one timescale was ‘frozen’ the other timescales weren’t. This points to a nested nature of how multiple timescales of mental life exist nested within each other, akin to a set of Russian dolls.

To bring this all together. Why is time so special in how we experience the world? Because it is the only property of our experience that seems to be in common with the mechanisms that underlie conscious experience. What can we do with this special property? Well, if time is the only common thing between psychological processes and our experiences of time, we can start bringing together effects and findings in cognitive psychology (dynamics of attention, memory, perception and so on) with temporal properties in experience (order, extent, duration, persistence etc) and start showing their relationship under one common idea of to show how our conscious experiences change in and over time.

End note: If you’re interested in the more formal academic version of this account, please see the paper here.

Jonathan Thompson
The Rise and Fall (and Rise?) of Cathedral Thinking
What would happen if we decided to invest in projects that we might never live to see come to fruition? Created for future generations, cathedrals are a great example of long term thinking. Jonathan E Thompson’s TED talk explores the analogy and offers us hope for the future.
READ MORE
‍
→
James Cartwright / Weapons of Reason
How To Think Beyond Ourselves
Humanity prospers at what cost? James Cartwright from Weapons of Reason invites us to consider our broader ecological influence on the planet, looking back in order to look forward and assess how our advancement might be doing more harm than we know.
READ MORE
‍
→