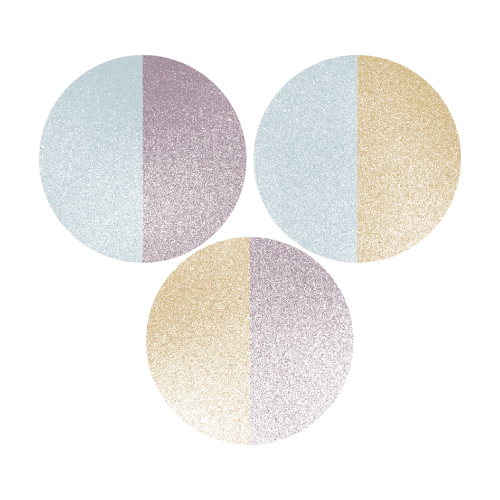 Richard Fisher
The Long Term View
ABOUT THE AUTHOR

‍Richard Fisher is a senior journalist at BBC Future, and writes the newsletter The Long-termist's Field Guide. Recently he spent an academic year at MIT in the US as a Knight Science Journalism fellow, where he researched the roots and causes of short-termism, and the psychology and philosophy of long-term thinking. Find him on Twitter: @rifish

Editor of Taking Time, Simon Bray chats to Richard Fisher about time and how we engage with the longer term.

This conversation with Richard was conducted in March of this year, prior to the heartbreaking loss of his stillborn son, which he has written about here: How a 'time of crisis' creates a 'crisis of time'.

“I write for BBC Future, which is designed to complement the BBC News output by going a bit deeper into science, technology, health, and academic ideas. We look at trends, deeper histories and write long journalism features.”

“You can think about storytelling as either shallow or deep, so a quick news story that you read on a news site is a shallow story, or you can read a deep long read that goes deep into a subject. One thing I've been trying to develop over the past few years is introducing a temporal dimension to my journalism and my writing. If you think of it as shallow to deep being a vertical line, whereas the temporal (past and future) is horizontal. If I’m writing a story about religion or human intelligence, or anything that's a contemporary idea, I consider how we can approach it through a long term lens, looking back in hindsight to where it started, and then also projecting into the future.”

“I think if you apply a long term view to a lot of subjects it changes how you see them, it gives a different lens, through which you decide what's important and what's not important. It can change what your priorities are. Everything is viewed through the lens of the pandemic at the moment, jobs, school education, policy, everything has that present lens. However, the lens through which we look at these issues, could be different.”

“I don't think there's any one one single way to think long term, nor should everybody be thinking the same way. Let's say you were a long-termist and you were really focused on preventing the extinction of the human species in 1000 years time (there are people that exist that are very focused on that!). That’s probably a good thing, because there's a powerful argument that we should think about these things. However, if everyone thought that way then important issues happening now would be neglected. We all would focus on this potential future flourishing of people who are not yet born and suffering in the present day wouldn't be tackled.”

“So my approach is not necessarily a single way, it's more a lens through which to think about your own view on the world, and it starts with you, the individual, in your work, professional and home life. The criticism of the long term view is that it's very middle class, it’s very easy to think about the long term when you’re comfortable, but if you can't put food on the table, then it's challenging. That's not to say that long term views can't be helpful, it can start with family and doing what you can for your children and their grandchildren.”

“There is a daunting feeling that you get when you think about your single flash of life within this immense chronology of time or these cataclysmic things that could happen to the world, although it doesn't fill me with insignificance. You can spend a lot of time thinking about certain aspects of the future, in a hopeful or terrified manner. Thinking with a long term lens gives you a sense of perspective, it has many benefits. It can show that amidst the chaotic, things can get better. If you take a long time lens, the overall arc of history is that things have gotten better for individuals, if you go back in time to Cleopatra or William the Conqueror and told them about flushing toilets, vaccines and soap, they'd be like, 'No way!'”

“Things could get a lot better for our grandchildren if we do the right things in this century. I think there's also personal upsides in the cathartic escapist effects of thinking about deep time. For example, just wandering through your neighborhood and looking for a sense of time. Where I live in London, there are ancient barrows in Richmond Park, which go back to the Bronze Age. In Bushy Park, just across the railway line, there’s evidence of a world war two camp with a little plaque on the ground. There's a care home on the street around the corner, which has got a little sign outside in a bush that says a time capsule was planted there when the building was built. I still haven't found out what's in that time capsule, but I love that someone put it there and put a sign there. There’s little pieces of evidence of longer term time all around you and your neighbourhood, if you know where to look.”

“One of the ways that I access that sense of deep time close to home is through my dad. Before he died, he asked me to collect rocks. I was doing a geology degree at the time, I was going to all these places, picking up rocks as I went, and he kept these rocks on his shelf at work. After he died, I carried on doing that, like when I'm walking up a mountain in the Lake District (when it's not locked down!). It’s a way of me personally connecting to deep time because the rocks themselves represent millions of years. The rocks have been around for a lot longer than me and my dad, and will be around for longer than me. It's just a personal way of trying to connect. When we're thinking about how to tackle the daunting scale of the time, I think it's through those smaller personal connections. It's the only way that I know how to do that.”

“I've been writing recently about long lived cultures, things that have lasted over thousands and thousands of years. One of the things that defines them is that sense of ritual and repetition of tradition. So when you get the Zoroastrian religion keeping a flame going for 1000 years, they do that because there's rituals attached and one generation teaches the next, cultural practices can be passed forward. I think that's sometimes what leads to longevity and a longer view, that kind of forging connections between generations that wouldn't ordinarily be there.”

Abstract and the Physical

“Human beings have these sensory capacities, but things like time or justice or peace, there are all sorts of abstract notions that we have as an advanced culture that we try to get our brains around. Our brain’s sense of time developed in the Pleistocene and they weren't thinking about deep time then, they were thinking about predators and, and staying alive. So we've inherited this mental architecture that allows us to think conceptually, and we can talk. That's quite crucial, the language that we pass down, it's been a case of converting the abstract into things that we do understand, like stories and cultures and traditions, even if we don't understand the intricacies of how time passes. There is a challenge in converting the abstract into the physical, even physicists don't understand time!”

“It’s possible that because memories go back about 20 years with fidelity (beyond that, it gets a little bit fuzzier), that people's sense of the future goes dark after about 20 years. They can't imagine the future in any fidelity beyond that point. There's a psychological effect called The End of History Illusion, in which people accept that they've changed across their life, that you're a different person from who you were when you were a teenager, even more so than a toddler. However, from the experiments, most people suggested that they can't see how they could be different from now, they think the self is fixed and they're going to be like this until they die. But of course, that's not true, people change across their lifetime, you have the same body and the same thoughts and memories, but you're not a fixed individual, your tastes and interests and beliefs evolve. I think that's interesting, we're malleable, flexible things that can change.”

“You can’t not say your family, can you?”

“You can do this with your family, it's what I touched on earlier, the idea of immersing yourself within time, deep, deep time in the everyday. So I can go with my daughter to the park and we can talk about how long this lake has been here and how long it might be there in the future. We can look at the sky and talk about the climate. I think that sense of immersing yourself in deeper time and being in time is time well spent. You can travel to deep time with the people who are right in front of you. You can visit these places and you can talk about them, and use all the faculties that we have as human beings like language, metaphor, story and help them to understand it. You can read a book to your daughter at bedtime about the history of the universe. That's the everyday deep time that I enjoy engaging with.”

Bruce Stanley
Redesigning Rest & Unlocking Energy Use
Modern life seems to be all about ‘doing’. Whether it’s a relentless busy-ness or a perception that we’re not keeping up, the idea of stopping to rest can see very counter cultural. Bruce Stanley of Day Crafting reminds us that rest is essential.
READ MORE
‍
→
Veronica O'Keane
How We Make Memories and How Memories Make Us
Our memories shape who we are, how we perceive the world and are the only means by which we can gauge a sense of time. We spoke to psychiatrist Veronica O’Keane to discuss how our memories store a sense of place and time and how our emotions inform what we remember.
READ MORE
‍
→