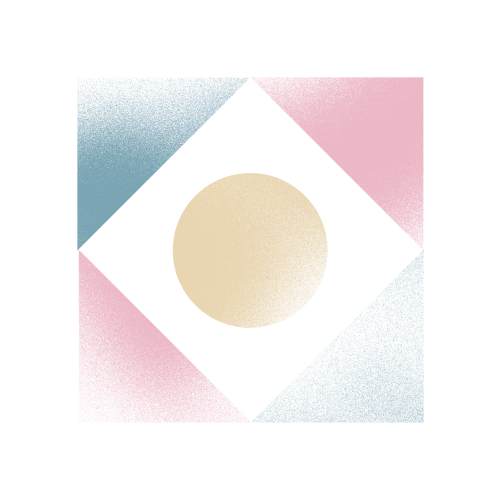 Lucy Selman
Time After Stillbirth
ABOUT THE AUTHOR
Dr Lucy Selman is a Senior Research Fellow in the School of Population Health Sciences, University of Bristol. Her research and publications over the past 15 years have mainly focused on psychosocial and spiritual aspects of the illness experience; decision-making and communication; family care-giving and bereavement; and widening access to services.

Lucy is the founding director of Good Grief Festival and with Dr Emily Harrop at Cardiff University, she is currently leading a national study of bereavement during the COVID-19 pandemic and the impact on bereavement services. To learn more about the study, visit covidbereavement.com.

The physicality of stillbirth and its aftermath is difficult to describe. Your body, riven with grief, continues to echo the loss. In the days after my daughter Ada was stillborn, I woke in the night, having briefly forgotten her death in the depths of sleep. A sick feeling would flood through me as memories returned. At other times I would catch myself standing with a hand resting on my stomach, the familiar gesture of the pregnant mother. The realisation of her loss was a physical one, the distress immediate.

I bled, I still looked pregnant, and I wanted to hide myself until it passed. My mother took me out of the house. She told me what to do, steered me round a garden centre, encouraged me to plant. I was numb, grateful for tasks. I saw my old self at a remove – the things I used to enjoy or find comfort in now empty and pointless.

I conjured an alternative reality in which Ada had lived. I became obsessed with pinning down the moment at which her loss became unavoidable. Over and over, I replayed what I might have said or done differently. At the same time I dared not imagine the future: the past and present were overwhelming enough.

In my raw state, strange and unexpected things could trip me up. I faced the daily dilemma of whether to tell people the truth – that I gave birth to a dead baby – or to protect myself from their reaction with a lie of omission. Sharp shocks could come from anywhere – bumping into an acquaintance who didn’t know, seeing a pregnant woman, a new-born baby (or, later, a baby the age Ada would have been). Alongside the intensity of the grief and the fear of exposure was an unexpected shame associated with having such intense feelings – with not being ok, with not being able to contain the grief, with being entirely at sea.

My confidence plummeted, and the grief bled into relationships with friends and family. Other people found it difficult to understand – of course they did: for most it is an unimaginable horror. Some tried to minimise my loss by seeing it as a ‘failed’ pregnancy, a baby who wasn’t quite a real baby because they weren’t born alive. They imagined, I suppose, that they would have coped better if it had happened to them; that they would never have let their grief build into rage or affect those around them. I struggled not to be angry at some friends’ reactions, and felt betrayed by the conspicuous absence of others.

Yet I was always aware of what Julia Samuel describes as the ‘wrongness’ of the world to the bereaved: something terrible has happened, and the fabric of your life has changed forever. Everywhere is evidence of how wrong the world is – in your body, your house, your imagination, your memory, the fabric of time, the quality of each of your relationships. Everything is off-kilter and there is nothing anyone can do or say to right the ship.

Three months to the day after I gave birth to Ada, I found out I was pregnant again. I knew how lucky we were to conceive again so quickly, but the months that followed stretched into an eternity of fluctuating anxiety. Years before, my husband and I hiked a mountain trail called Angels’ Landing at Zion National Park in Utah. The final stretch to the summit is a narrow ridge with a deadly drop on each side and with chains to clutch for the last half-mile. That is how this new pregnancy felt, though with the chains removed. My aim was to survive, putting one foot in front of the other, not looking down. My aim was simply to continue to exist while time slowly passed – every day a hollow victory. Anxiety became so familiar – not sharp, usually, but an ache permeating everything. I now knew the world to be an unsafe and unpredictable place, scattered with little landmines: ‘Is it your first?’ ‘Will this baby die too, mummy?’

I sometimes wished Ada’s death hadn’t hit me so hard. But you can’t opt out of trauma, and nor does focusing on the positives make the negatives go away. Finding meaning and purpose on the other side of deep grief required the perspective that only time affords. Seeing this all-consuming life event in the greater context of my life, and seeing my life in the greater scheme of life cycles, the history of our families, the lineage of all parents who have experienced this grief. You can’t force that perspective. It arises naturally, or perhaps not at all.

After a year I was able to see glimpses of a possible strength or benefit from the loss of Ada: a renewed recognition of the fragility of life, a profound appreciation of what is truly important – love, kindness, work for the common good. Three years later, the grief remains, but I also feel the love and wisdom she gave us in her short life. And now, as I write this, I look out into our garden and see Ada’s tree, bursting with beautiful almond blossom.

James Cartwright
Weapons Of Reason
We sat down to chat with James Cartwright, Editor of Weapons of Reason magazine to discuss the ethos of the publication, the environment, food, family, social inequality and our resulting decision making for the future.
READ MORE
‍
→
Richard Fisher
The Long Term View
We spoke with Richard Fisher at BBC Future about how he engages with time, the complexities of thinking longer term and that discovering deep time can start close to home.
READ MORE
‍
→