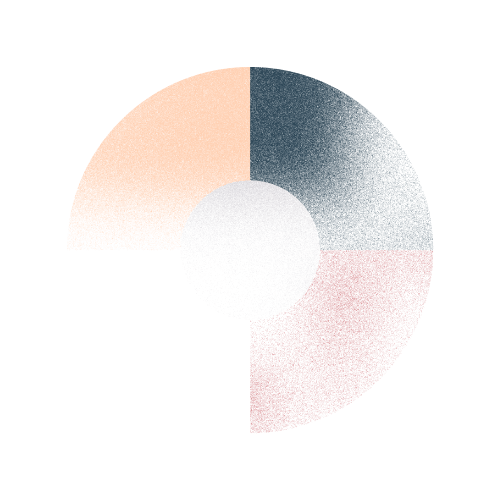 Daniel M. Davis
Time And The Human Body
ABOUT THE AUTHOR
Daniel Davis is Professor of Immunology at the University of Manchester. He began studying the immune system at Harvard University after obtaining a PhD in Physics at Strathclyde University in Glasgow. He’s published over 130 academic papers, cited over 13,000 times. His own research uses laser-based microscopes to watch how the immune system works. He is the author of The Compatibility Gene which was picked by Bill Bryson in The Guardian’s Books of the Year feature, and The Beautiful Cure, a book about the immune system which has been described by Stephen Fry as 'One of those books that makes you look at everything human in a new, challenging and thrilling way'. The Beautiful Cure was a book of the year in The Times, The Telegraph and New Scientist.

The light of day and dark of night bind our lives to time. Because we are moved by the continuous rotation of the earth to face the blazing of the sun and the blackness of space in turn, almost everything about us follows a twenty-four-hour cycle, tuning our lives to the predictable oscillation of our environment. In fact, all life on earth – animals, plants, bacteria and fungi – follows this same rhythm; a rhythm that the rotation of the earth established in living systems probably around 2.5 billion years ago.

The activities of our genes, proteins, cells and tissues wax and wane not simply up or down according to whether it is day or night, though, but each in their own particular cycle, bringing the human body through all manner of peaks and troughs, wave upon wave. Our deepest sleep is around 2 a.m.; the body is coldest at 4.30 a.m.; at 8.30 a.m. secretion of testosterone is at its highest; our reaction time is fastest at 3.30 p.m.; and at 6.30 p.m. our blood pressure peaks. Apparently the best time for sex is 10 p.m.

The body’s daily rhythm affects our well-being in all kinds of ways. Accidents at work happen more often at night. Car crashes peak around 3 a.m. Truly catastrophic events, like the Chernobyl nuclear disaster and the Exxon Valdez ship oil spill, also tend to happen at night. Perhaps this is because our alertness dips at night. Outcomes of surgery can vary according to the time of day too. Patients are more likely to experience problems if their treatment begins (i.e. anaesthetics given) in the afternoon – although such problems are limited to slight increases in vomiting or pain after an operation rather than anything more serious. It is, however, hard to be certain of the underlying causes behind these kinds of observations. The success or otherwise of a surgical intervention, for example, could be affected by the surgeon’s stress or tiredness, the scheduling of more difficult operations at a particular time of day, a change in the patient’s capacity for healing, or the inherent peak and trough in the surgeon’s alertness caused by the circadian rhythm of the human body.

To test if and how the time of day directly affects the immune system, one needs to eliminate these many variables, and to do so many scientists turn to studying animals. There is considerable evidence that the immune response of mice to an infection is dependent on the time of day at which the infection is contracted. Mice are nocturnal. A stronger immune response is triggered in mice given a dose of salmonella bacteria at 10 a.m., early in their rest time, and a lesser immune response is triggered if the animals are infected at 10 p.m., just as they are becoming more active. In a separate experiment, mice infected with bacteria which cause pneumonia again reacted most strongly when infected in the morning. The mouse immune system, or at least its ability to react against these particular types of bacteria, is more potent during the day, when they are usually at rest. And roughly speaking, the same is true for us in that our immune system is stronger during our natural rest time, at night.

New research aims to exploit this. By testing, for example, whether or not vaccines might work better or worse at different times of the day. Some drugs may also work better if taken at specific times. In the end time kills, but in the interim, it could be part of the cure.

Our relationship with time is changing thanks to one of the greatest triumphs of humankind in the last century, perhaps in all history: our increased lifespans. In East Asia, where this change has been most dramatic recently, life expectancy for those born in 1950 was forty-five but today is over seventy-four. Some of this increase in life expectancy can be accounted for by decreased child mortality, but we are also, on average, living far longer. In the UK and USA, the number of people over ninety years old has trebled over the last thirty years. This presents us with a new problem: to improve our lives in old age so that we don’t just live longer but stay healthy and active for longer too.

Ageing is enormously complex. Tackling this frontier now requires the effort of all kinds of scientists, including immunologists, physicians, mathematicians, computer scientists, chemists, physicists, neuroscientists – and those whose career doesn’t fit a label. Of course, we have succeeded at tackling complex problems before. When John F. Kennedy gave his famous ‘We choose to go to the moon’ speech in Houston, Texas, on 12 September 1962, he set down a challenge that many thought impossible to achieve – to put a man on the moon by the end of the decade. NASA had already informed the president that it would take far longer, at least fifteen years, before they could achieve this goal, and a rocket capable of taking a person beyond an orbit of the earth didn’t even exist at the time. Kennedy ended his visionary task-setting speech by saying: ‘Many years ago the great British explorer George Mallory, who was to die on Mount Everest, was asked why did he want to climb it. He said, “Because it is there.” Well, space is there, and we’re going to climb it, and the moon and the planets are there, and new hopes for knowledge and peace are there. And, therefore, as we set sail we ask God’s blessing on the most hazardous and dangerous and greatest adventure on which man has ever embarked.’

Well, our own inner space is also there, and we must set sail within it. With microscopes not spaceships, we must explore the systems and subsystems of the human body, and we will find ourselves to be more complex than the moon and the planets. This will bring us new hopes for knowledge and for peace. We will understand human nature, our differences and our similarities. We will understand what we want to cure, and we will create new molecules to be those cures. We must take this journey, not because it is there to be taken, but because we must strive to make human existence more palatable and more fulfilling. Especially, I think, now more than ever, as we age.

Julia Baird
Why We Need Silence
Life has a tendency to throw things at us for which we feel woefully underprepared. In her new book ‘Phosphorescence’, Julia Baird explores the things which can sustain us and cultivate light when the world goes dark. This excerpt reflects on the power of time spent in nature’s silence and how it can connect us with the sublime.
READ MORE
‍
→
Dr. Jenny Goodman
The Fourth Dimension
The river of time. A personal poetic look back on the past 12 months, how our means of quantifying time has evolved and how ultimately, we are each other's measure of time.
READ MORE
‍
→