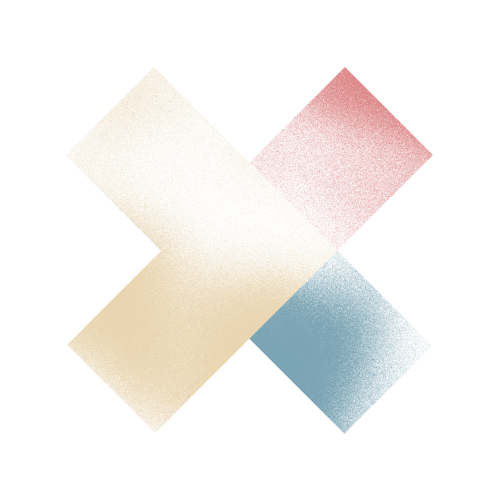 Julia Baird
Why We Need Silence
ABOUT THE AUTHOR
Julia Baird is a globally renowned author and award-winning journalist. A much-beloved broadcaster in her native Australia, Julia presents for ABC TV and writes columns for The New York Times.

In 2007, she became senior editor of Newsweek in New York. Her work has earned her four Walkley Our Watch awards, a Walkley Award for team election reporting, and two further Walkley nominations. She lives near the sea with two children, a tyrannical cat and an abnormally large dog

If I imagine hell as a physical place, of torture and pain, it’s not the heat that troubles me most; it’s the noise. Hell surely means living in the unceasing din of a construction zone with no time limits, where earplugs and noise-cancelling headphones are banned. In the Middle Ages, Christian scholars believed noise was used as a weapon by Satan, who was bent on preventing human beings from being alone with God, or fully with each other, alert and listening. The fictional devil  in The Screwtape Letters by C.S. Lewis detests both music and silence. Hell, he crows, is filled with furious noise, ‘the audible expression of all that is exultant, ruthless and virile … We will make the whole universe a noise … We have already made great strides in this direction as regards the Earth. The melodies and silences of Heaven will be shouted down in the end.’

Sometimes it seems we’re already there. ‘The day will come,’ said Nobel Prize–winning bacteriologist Robert Koch in 1905, ‘when man will have to fight noise as inexorably as cholera and the plague.’ British author Sara Maitland stands ready. She believes the mobile phone was a ‘major breakthrough for the powers of hell’. Maitland is more conscious of noise than most — she spent more than a decade pursuing silence like a hunter chasing its prey. In A Book of Silence, she describes how she travelled to the desert, the hills and the remote Scottish Highlands trying to discover what silence truly was, and immerse herself in it. ‘I am convinced that as a whole society we are losing something precious in our increasingly silence-avoiding culture,’ she writes, ‘and that somehow, whatever this silence might be, it needs holding, nourishing and unpacking.’

After spending forty days in silence in an isolated house on a windy moor, Maitland found that her physical sensations were heightened (she was overwhelmed by the deliciousness of porridge, heard different notes in the wind, was more sensitive to temperature, and more emotional); she became what she calls ‘disinhibited’ (a Jungian notion that once alone you are free to do what you want — pick your nose while eating, strip your clothes off, abandon grooming, wash infrequently); and she heard voices (a young girl, then a male choir singing in Latin, which she thinks may have been the wind). She also experienced great happiness, felt connected with the cosmos, was exhilarated by the risk and peril in what she was doing, and discovered a fierce joy, or bliss.

Maitland rails against the idea of silence as void, absence, and lack — something that we must rush to fill — insisting it is positive and nurturing, and something more profound that should be actively sought. (When silence is imposed, of course, it is something entirely different.)

It’s well established that unwanted noise is bad for our health, which is why hospital engineers, architects and staff are constantly urged to find ways to keep the ward hubbub, and the high-decibel sounds of tech equipment and corridor clatter, low. As Florence Nightingale wrote back in 1859, ‘Unnecessary noise, then, is the most cruel absence of care which can be inflicted either on the sick or well.’

Silence is not just the absence of noise, or even unnecessary noise. It is the absence of noise made by human beings. It is rare, and shrinking. American acoustic ecologist Gordon Hempton, the man known as the ‘Sound Tracker’,  defines it  as ‘the complete absence of all audible mechanical vibrations, leaving only the sounds of nature at her most natural’. True quiet, he says, is the ‘think tank of the soul’. The real joy of silence is not about blocking out the noise, but reconnecting with, or listening to, the land.

What’s interesting about silence is not just the extremism, often verging on madness, of those who can claim to have truly lived or worked silently: the Arctic explorer, the deep-sea diver, the sailor, the hermit, the ascetic, the nun. What is also important is what the rest of us can wring from the more mundane moments of stillness. We won’t all skip nude through the Scottish bracken, or inhabit caves in Tibetan mountains, but we can experience silence in ways so potent they become addictive: the magical quiet of swimming under the sea; the uninterrupted hush after midnight; the sweet intimacy between a mother and her baby being nursed in the wee hours; the breathless stillness after excellent sex; the calm of meditation; the loosening of muscles during the Savasana pose in yoga; the hush of awe while gazing at a proud, ancient mountain or soaring down the green tunnel of a wave. Even if it is not pure silence, it can be enough.

The idea of quietly staring at a rock, piles of sand, or blinking stars for hours, if not weeks, seems, weirdly, profoundly countercultural today, in a world where people tweet bubbles, livestream the arching of eyebrows and spend holidays distracted by how best to market themselves on Instagram #goals #bestlife. Are we even capable of being still without our hands darting for our phones? Yet if generations of mystics and seekers have insisted that something connects silence with the sublime, you have to wonder who we could be if we paused more often.

James Janson Young
Future Gifting
Make friends with your future-self and make friends with the future.
READ MORE
‍
→
Roman Kznaric
Six Ways To Think Long-Term
It’s all well and good enjoying the moment, but our health, our work and our planet all require us to think long term. How do we equip ourselves to think beyond the now and prepare for future generations.
READ MORE
‍
→