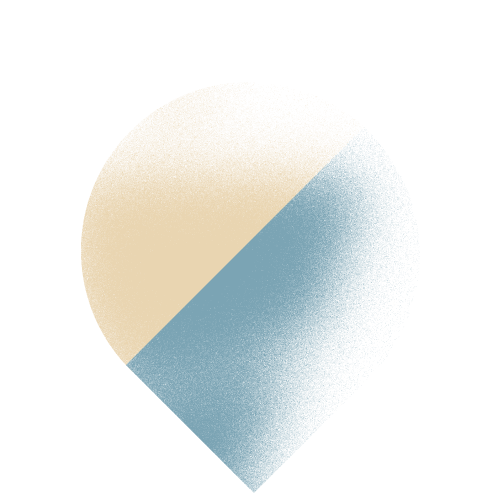 Chris Salisbury
Wild Nights Out
ABOUT THE AUTHOR
Chris Salisbury is the author of the new book Wild Nights Out. He founded WildWise in 1999 after many years working as an education officer for Devon Wildlife Trust. With a background in the theatre, a training in therapy and a career in environmental education, he uses every creative means at his disposal to encourage people to enjoy and value the natural world.

Chris directs the acclaimed Call of the Wild Foundation programme for educators-in-training as well as Where the Wild Things Are, a rewilding adventure based at Embercombe in Devon. He is also a professional storyteller (aka ‘Spindle Wayfarer’) and is the co-founder and artistic director for the Westcountry and Oxford Storytelling Festivals.

Chris lives in the enchantment of the Dart Valley, Devon, UK with his lovely wife, two pesky children, and an astonishing dog called Dexter.

How insupportable would be the days,

if the night with its dews and darkness did not

come to restore the drooping world.

In 1880, Joseph Swan’s home in North East England was the first to be fitted with his newly invented incandescent electric lighting, enabling continuous bright light and heralding a new dawn for humanity. Although it sounds grandiose, it could be said that our world has been profoundly altered ever since.

In so many ways the opportunity for continuous light was a boon for humanity, its advantages obvious to all. What is rarely considered, however, is the loss of something very precious. On that night, in the compulsively expanding growth-culture of the newly industrialized human world, the darkness was symbolically banished and we became exiled from its mystery, enchantment and psychic grasp. It’s not that you can’t find darkness at all anymore, but it is now located somewhere other than where most people live. The National Geographic quote a 2016 study estimating that ninety-nine per cent of Europe and America are affected by light pollution.

Our obsession with brightening our environment ensures that even the dusk is lit by streetlights that burn through till dawn. There is no string to pull or switch to flick if you want a few hours off to bathe in the quiet enveloping dark. You have to go out of town to find that sanctuary.

There are accusations of profligacy to level at this industrial all-night brightening of the dark. According to the International Dark Sky Association, “at least 30 per cent of all outdoor lighting in the U.S. alone is wasted, adding up to $3.3 billion and the release of 21 million tons of carbon dioxide per year! To offset all that carbon dioxide, we’d have to plant 875 million trees annually.”

However, this is not a rant against light per se. The advent of fire and then subtle forms of illumination like the first oil lamps ten thousand years ago brought shadows and shapes, softening the dark into something less foreboding and more enchanting. The high contrast of artificial bright lights, however, compromises our physical senses and makes the darkness more impenetrable and uninviting. To lose all ability to see is disorientating, and frightening for a sight-dominated species. We have a biological, in-built fear of what we cannot see, which is emphasized more when we have no intimacy with a place. As the old proverb from the Zuni people in North America goes, “After dark, all cats are leopards.” It’s natural to feel scared of the dark, and I don’t even mean pitch-black conditions, which are rare to experience in the outdoors, but rather the natural dark regulated by moon and starlight. I know many adults who retain their childhood fear and reach quickly for the light switch when confronted by darkness.

As my three daughters were growing up, I observed in them the transition from the sweet innocence of their early years when they seemed unafraid of the dark and similarly unafraid of the forest that surrounded our cottage. Something happened to change their perception and it seemed they had quite suddenly learnt to fear any environment where they could not see clearly. I was curious as to why, because I had not consciously taught them fear, or told them of unseen dangers. Indeed, they were oblivious to any tangible threat from beast or bandit.

I continue to ponder whether fear of darkness is biological or cultural. For example, do children pick up fear of the dark through the fairy tales they are told from an early age, or from adult behavior that models a fear of the dark? Or is it simply a biological requirement, a necessary kind of survival strategy from times past when the danger from animal attack was present and real? As they used to say in Tuscany, “Whoever goes out at night, looks for death.”

Whether the source of the fear is biological or cultural, my own perception is that it is more pronounced in our contemporary culture that has exiled itself from living close to, and intimately with, the land and its natural cloak of darkness.

There is a cultural symbolism, too, in turning on bright lights. The further we get from living with natural rhythms, the more uncomfortable we seem to be with natural darkness. In our language, we have relegated the concepts of darkness and night-time to the negative, as reflected in expressions like having “dark thoughts” or “nightmares”, “the dark side” and “casting a dark shadow”.

If our tendency to tame the darkness has its roots in our primitive survival mechanism, something seems to have changed in terms of our cultural perception of the dark. I propose that the soulful quality of the night-time has been lost, as we have strayed far from the path of living a dynamic, reciprocal exchange with nature that offered our predecessors so much texture and meaning within the rhythm of light and dark.

In the old rhythm, dusk was the transition between what went before and the deepening gloom and drop in temperature that necessitated kindling the fire and gathering around it. In that old, simple way, the community would reconstitute itself and process the day. Lamplight and firelight would meet with the dark and resolve into shadows, with long fingers of soft light and black night interplaying in movement that replicated an animate, dynamic, mysterious world. Nothing to be “done” by night. (That said, in the pre-industrial era, and across the world, it was the common habit to have “two sleeps” during the night, interrupted by a brief passage of time in the middle, for all sorts of nocturnal activity. Our assumption of the need for a continuous night of sleep, it appears, is a more modern phenomenon.

In brightening the dark, we extend the day, and our activity can continue unabated. The bright, constant artificial lights of the contemporary night scene leave nothing to the imagination – they imitate daylight rather than soft night light. We simply continue to go about our business as usual, no matter the hour.

As mythologist Martin Shaw writes in Scatterlings, “Night always carries its liminal invitation.” It’s like the stories we love to hear, adults as well as children; unlike theatre or film, which offer the complete picture for our eyes and ears to enjoy, the spoken narrative offers only words for our ears. But our imagination is activated by what our eyes cannot clearly see, conjuring up pictures that form instantly within our own internal cinema. In the same way, by allowing the dark to be a presence in our waking lives, the “not seeing” stimulates our imagination and dreaming. Many traditional tales include the character of a blind person who dispenses wisdom – as if there is a “deeper sight” that is gifted from total darkness. In Norse myth, the god Odin who removed his own eye became “one-eyed but twice sighted”.

Subtle changes can take place at night in the ways we interact with one another. As we feel more exposed by the imagined, or real, threat that the night poses, we are brought close together by an implicit understanding of our vulnerability, which is part of our common humanity. In the soft shadows of firelight or lamplight, we subconsciously remember the continuum in which humans have gathered around the hearth, the place of safety and community, for thousands of years. This is especially emphasized on camp, when we circle up around the fire and the night looms large all around us, perhaps magnified by the bright flames and shimmering sparks. As well as the sense of wonder, there is an unspoken communion that binds us together in the deep, and humbling mystery of the dark.

It strikes me as culturally significant that at the winter solstice, we now celebrate with a commercial bonanza. This is the darkest time of the year in the northern hemisphere, when all of the natural signs and rhythms suggest a reflective, introspective season. Yet we keep ourselves diverted and distracted from the deepening dark with the bright, flashing lights and gaudy decorations of Christmas. It’s not that our pagan ancestors didn’t hold celebrations during the dark times of the year. There were sacramental feasts, for example, that would take place during the first full moon after the winter solstice, a ritual of gratitude for the returning light. I have nothing against celebrations, and certainly not the opportunity for family gatherings and old traditions, but the way it now plays out seems to pile commercial pressure and stress on many families. But perhaps we defer to this diversion so readily because it’s preferable to a long winter enveloped in the soft, slow, penetrative dark.

Walking with a friend in the dark is better than walking alone in the light. —Helen Keller

Plants demonstrate so clearly the natural response to the dark and cold onset of autumn and winter, drawing down deep into their rooty essence, into the soil, conserving resources, until the conditions for growth and activity return. Some of our fellow mammals adapt to the dark and cold of winter by retreating into hibernation, riding the seasonal tides to make the most of food supplies and conserving energy. Of course, with the shops full all year round, and the advent of central heating and electric light, this kind of seasonal shift is no longer necessary for human folk.

There is profit in the dark for those who attune to its renewing, restful qualities. Think of it like a good night’s sleep, and how much better we feel for it, ready to face the day. A raft of evidence has surfaced through extensive research showing fundamental health benefits from exposure to the dark. Complementing this, the night offers us sweet sanctuary from to-do lists and deadlines, from clock-watching and schedules, from having to be someone or something. Thus, I encourage you to consciously step over that threshold – let your eyes and circadian rhythms acclimatize, and set off on a moonlit trail that leads somewhere mysterious and enchanting.

‍
This is an excerpt from Chris Salisbury’s new book Wild Nights Out: The Magic of Exploring the Outdoors After Dark (Chelsea Green Publishing, June 2021) and is reprinted with permission from the publisher.

Carl Honoré
Time In The Time of Pandemic
The year of the pandemic has forced us to step back from our previous routines and assess how we use our time, but how do we make new memories and enjoy the novelties that make time pass that little bit quicker?
READ MORE
‍
→
Ishan Singhal
Temporal Scaffolding of Consciousness
Ishan Singhal is a PhD student working in the field of consciousness is exploring whether time may be a useful fundamental property in unifying and furthering our understanding of human experience.
READ MORE
‍
→